UNESCO recognizes a monument as world heritage when it meets one of the following 10 criteria:

The Woudagemaal as World Heritage

Just like a number of other monuments in the Netherlands, Woudagemaal fulfills a number of these criteria, and this is reason enough for inclusion on the World Heritage List: 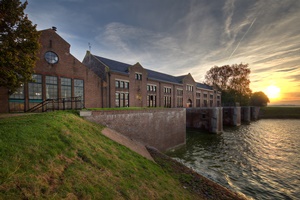